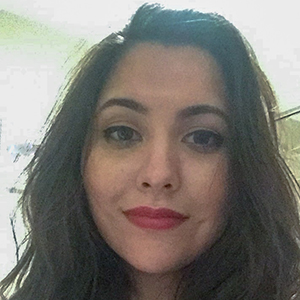 About Gabrielle Perea:
Gabrielle Perea is a market intelligence analyst at immixGroup, a subsidiary of Arrow Electronics. Previously, Gabrielle was a senior associate at Exiger Due Dilligence, an international compliance and financial advisory firm. Gabrielle began her career as an executive assistant and researcher at the Institute for Economics and Peace, a Brussels-based think tank specializing in national security and conflict studies. Gabrielle has specialized in trend analysis, predictive modeling, threat response and risk mitigation throughout her career and is fluent in English, Spanish, and French, and proficient in Portuguese and Russian.

Spoke at:
Meeting Federal Needs: How to Identify Your Competitive Advantage