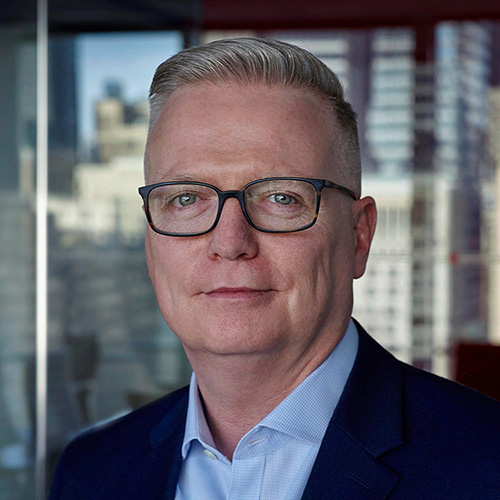 About Howard Boville:
Howard Boville is the Senior Vice President and Head of IBM Cloud Platform. He leads the global cloud business and helps develop market-leading capabilities to drive digital transformation for enterprises, especially in highly regulated industries. In his work at IBM, Howard established councils for Chief Information Officers and Chief Technology Officers, Security Officers, Risk Officers and regulators from some of the world’s largest financial institutions to understand and strategically build industry-based security standards and solutions in an effort to help de-risk the industry. Howard has more than 25 years of experience working as a business technologist across sales, marketing, product development, engineering, operations and contracts. He has deep industry expertise across multiple industries, including financial services and telecommunications. Prior to joining IBM, Howard was Chief Technology Officer for Bank of America, responsible for the company’s infrastructure strategy across its eight lines of business. During his eight years at the bank, he led the transformation of its infrastructure, delivering one of the largest internal private clouds, which underpinned Bank of America's digital transformation and growth strategy. Under Howard's leadership the bank's cloud strategy entered a new phase whereby Bank of America made the joint announcement of the world’s first financial services-ready public cloud with IBM in November 2019. The idea was to create an industry platform that financial services and SaaS providers alike could operate in that meets the high standards and controls necessary for this market. While at the bank, Howard also led its strategy for “Work Place of the Future” covering the bank’s 90,000-person technology and operations workforce. Howard joined Bank of America in August 2012 from British Telecom, where he served in its Global Services Division. During his time there he led global sales, marketing and product development teams across multiple market verticals.